Users who viewed this discussion (Total:16)

I'm sure they could run fans, or have some sort of climate control ringside. I'd feel bad for the fans, but you'd hope for a nice temp drop at night.

">WrestleMania will NOT happen from the PC in Orlando. Why?


>at this point, WWE will have shown they tried their best to move the event (mitigate damages) and they’d get paid by their insurer


>WWE will look to stage WrestleMania on June 7. MSG is targeted


*Meant WWE announced the PC as the new WrestleMania venue w/intent to satisfy that requirement of the insurance policy.


>Of course everything is fluid. Everything at this point is a rumor until Vince McMahon makes the call.


>it just doesn’t make sense to run WM from the PC. Just part of the insurance claim process"

the austin podcast with bret hart was very good.

Ok, so he's just hosting WM right now, but Gronk in the WWE is something. 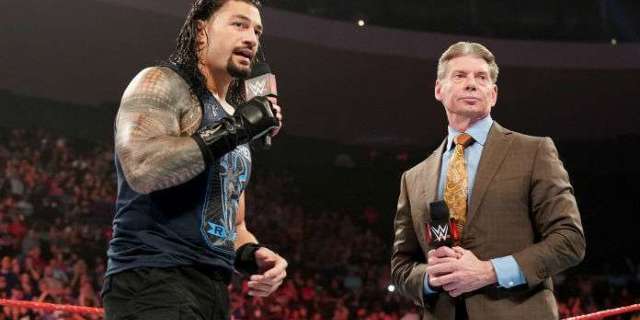 WWE put out a press release on Monday announcing that it would 'unlock a vast portion of the WWE [...]

looks like it. wouldve been a real kick in the dick if they gave people wrestlemania for free and ive been paying 10 dollars to watch terrible shows from 1986.

I guess I'll have to check it out, I didnt know if you were still subscribed to it, and maybe given a credit if it's going to be free to the general.

I've been subscribed since Day 1, and even when I took a long hiatus from wrestling, I still kept it up.

jake is still an awesome promo.

Him and Brody would have been a better pairing, but I haven't heard Archer talk since TNA, so I have no idea if he needs the mouth piece.

that jericho/hardy segment was... something.


so we got two of the iconic matches in wm history with hogan/andre and steamboat/savage... and i dont remember a damn thing else. its gotta be a good 20 years+ since i last watched this. lets boogie.

aretha certainly had some voice. she definitely set the standard for adding syllables to words in songs. i think ray's was better, but i might be splitting hairs.

gorilla forgot who the white woman was. i already forgot her name too. and bob uecker is there too. jesse re-tells me her name is mary hart. okie dokie.

kicking off with cowboy randall keith orton sr and don muraco vs the can am connection. muraco and cowboy bob have fuji in their corner.

gorilla literally calls martel 'zenk' about a minute into the match.

martel hits a crossbody with zenk tripping muraco, and can am gets the win. that was perfectly fine. high paced, martel looked very smooth here. decent enough start.

billy jerk selling the back, nice. billy jerk at everything else... no.

and as soon as i say that billy jerk stops selling the back. ok.

double countout. honestly that was less terrible than i expected, but not good by any means. post match hercules drills him with the chain, and haynes has some color.

its bundy and 2 midgets vs hillbilly and 2 midgets. i remember this match now too. little tokyo, lord littlebrook. oh that rapscallion vince. little beaver and the haiti kid (GET IT! CUZ HES BLACK!). wonderful names here.

little do they know, little tokyo is just a regular sized guy in japan.

the midgets have better facial reactions than 3/4ers of todays roster.

they dq'd bundy for dropping the elbow on the beav. what a crock of shit, that little shithead kept interfering. jesse is the only one with any sense here.

"is your mom and dad doing the laundry after this is over?"
"not anymore, but thats how i got interested in wrestling"
wow fuck you guys. ahaha.

boo. king harley vs jyd, they got me hyped thinking it was macho time.

harley coming out to the official king song i guess. eventually it became lawlers theme though.

harley wins with a belly to belly, as jyd is a half second "late" kicking out.

nice little 80s cocaine promo out of hogan. he rambled a little bit, but thats what he does.

the rougeaus in the ring already, so we dont get to hear the best part about them. their theme song.

i understood more of what dino bravo said than i did johnny valiant. and dino was speaking a language i dont understand.

"i dont wanna deal with midgets, i want nothing to do with midgets" the brain has officially overtaken this match.

valentine steals the win after some dino bravo interference. and post match is hinting towards beefcake splitting. once brain started talking i zoned out on this one to be perfectly honest.

adorable adrian vs hotrod. this could be pretty decent.

electric crowd for roddy. i guess roddy is going off to movie land, because they say hes retiring after this. of course, like every wrestling retirement ever... it didnt last.

i need to go back and watch some adonis matches from before he was tubby. this guy bounces around amazingly for a fat tub of shit. witlon... recommend me stuff!

that was entertaining with a dumb ending. adonis not knowing how to count to 3, then beefcake coming out for no reason (at least previous storyline wise). eventually this brings him to the barber moniker. lot of gimmicks, but the crowd was electric here. that was fun.

jesse getting in the ring, and as fink is announcing him, i see bret walk by. bret, neidhart and danny davis vs the bulldogs and.... i forget. we'll find out in a second. its tito santana. perfectly fine. this could be good.

and they put the clueless cunt from earlier in the show in the commentary booth. great.

"when are we gonna see davis? thats the guy i wanna see in there." uhhh... how bout we enjoy bret bumping around for davey, dynamite and tito for a little while, k? thx.

wow davey with a tombstone

davis steals it with a megaphone shot to davey. gorilla didnt catch it originally, but the replay shows it.

great heenan promo here. heyman is a genius dont get me wrong, but you can see how he was influenced for his brock lesnar schtick right here.

"oh you know gorilla, the b stands for buckwheat"

butch gets the win by reversing a crossbody and hooks the tights. that was useless.

steamboat/macho up next! the first of many classic matches i look forward to putting a rating to.

these two guys are great

dragon reverses a body slam into a roll up for the win. for this era, this match is wonderful. for all time... a very solid wrestling match from two greats.

jake vs honky tonk up next.

honky gets a roll up with grabbing the ropes for the win. this match pretty much stunk.

93,173. i always thought the official number was 20 million that hogan bodyslammed a 7 ton andre in front of.

SHEIKY BABY! and the gorgeous voice of nikky baby. i love that the slick didnt change into something new.

hacksaw jim duggan dressed like rambo running to the ring.

that jabroni b brian blair we break his back and make him humble. and brunzell, nobody cares about him.

"jim brunzell possessor of the greatest dropkick ive ever seen" well lets see it. ill give dropkick power rankings if he busts one out.

and on cue he throws one. and it was pretty nice. ill give him the 4th spot behind bob holly and above maven. okada #1. iran #1.

and duggan blasts the sheik while hes got the camel clutch locked on. that match was there, im assuming this was just to give a newly signed duggan a spot on the card.

and here comes the main event. we do our celebrity nonsense. meltzer infamously gave this match -4 stars. im a bit excited.

just the electricity from the crowd, and the importance of this match, uncle dave can bite it with that -4.

oof that backdrop outside was pretty rough.

a bodyslam and a big leg, and the hulkster has retained. yea that match was pretty rough to watch, andre was in terrible shape here, but he powered through for arguably the most important main event in wrestlemania/wrestling history.

so i actually sat and watched this entire show in "one" sitting. i took a couple breaks to eat, and do some things. but it took me about 4 hours and change to get through it. lately its been taking me 4 weeks and change. macho/steamboat is very good, roddy/adonis was surprisingly solid, and you gotta watch hulk/andre at least once in your life.

Should just have Cena/Fiend on Saturday with the winner facing Goldberg on Sunday. Fiend can win both matches and get his heat back.

i wouldnt mind them finally pulling the trigger on strowman either, but since thats been far from built up, the fiend definitely seemed the most logical choice to me. unfortunately i assume the goal is still eventually going to be putting the strap on roman, so do we really wanna see bray win the belt back just to drop it next month to roman? or maybe im overthinking it. either way, get the belt off goldberg... i dont care if its curt hawkins at this point.

so allegedly its strowman. but ive also heard that edge, owens, the usos and others ended up pulling out of mania too and theyre just keeping it quiet. we'll see what a disaster this is tomorrow night i guess. in a morbid way, im probably more excited for this version of wrestlemania than i would have been if everything was just normal and they had 800 million people in the crowd to watch roman walk out with the belt after 19 hours of wrestling.

What was the worst ranked/reviewed Wrestlemania, just so I know what to watch in comparison.